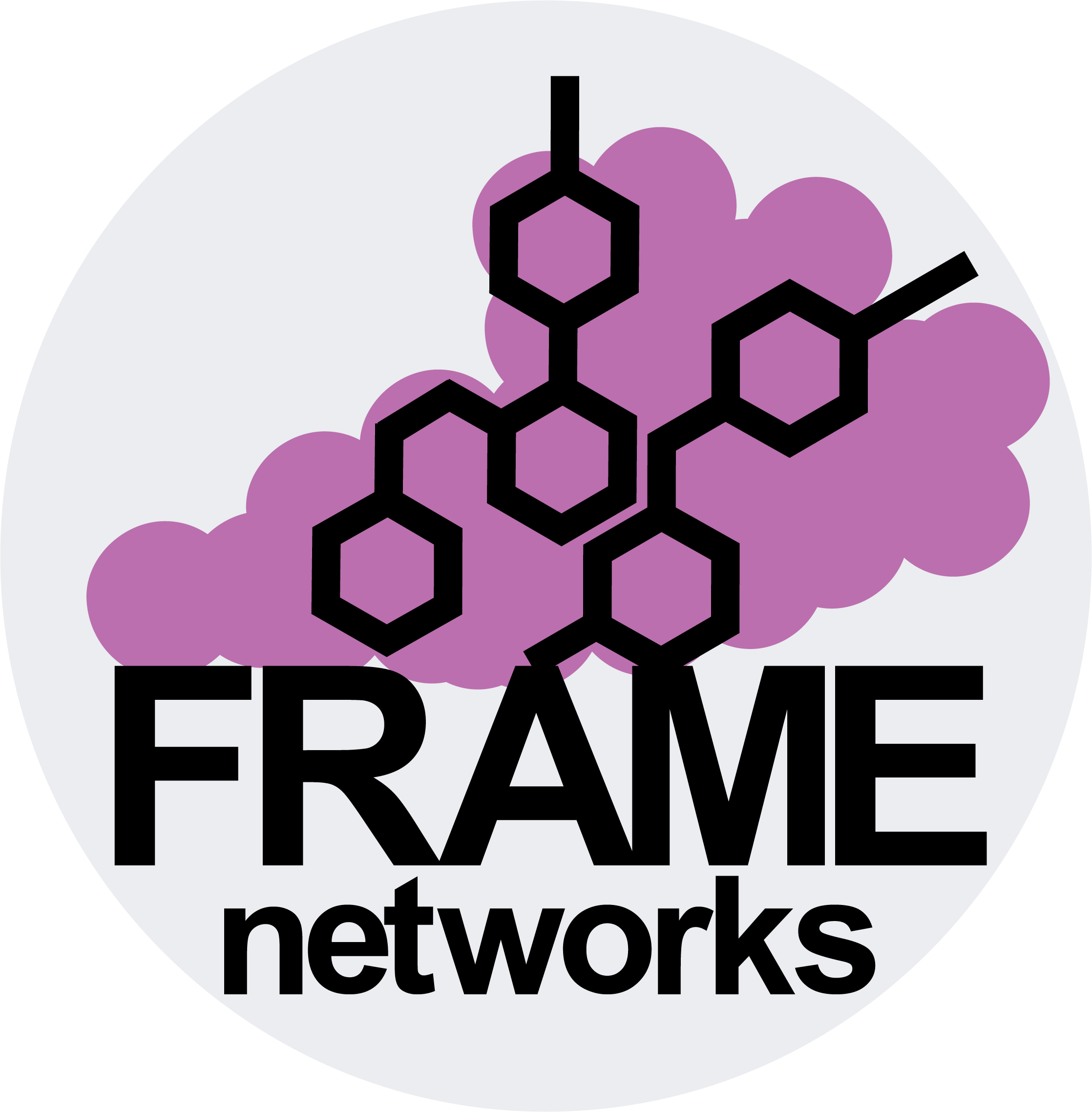 A large-eddy simulation study was performed to characterize turbulence in sparse, row-oriented canopies. This was accomplished by simulating a set of heterogeneous row-oriented canopies with varying row vegetation density and spacing. To determine the effects of heterogeneity, results were compared to horizontally homogeneous canopies with an equivalent ‘effective’ leaf area index. By using a proper effective leaf area index, plane-averaged mean velocities and bulk scaling parameters contained only small errors when heterogeneity was ignored. However, many cases had significantly larger second- and third-order velocity moments in the presence of heterogeneity. Some heterogeneous canopies also contained dispersive fluxes in the lower canopy that were over 20 % as large as the turbulent flux. Impacts of heterogeneity were most pronounced in the cases of large row leaf area density and widely spaced rows. Despite the substantial amount of open space in the sparse canopies, vertical velocity skewness and quadrant-hole analysis indicated that the flow behaved predominantly as a canopy layer even though integral length scales at the canopy top no longer followed mixing-layer scaling. This was supported by the fact that similar composite-averaged coherent structures could be readily identified in both the heterogeneous and homogeneous canopies. Heterogeneity had an effect on coherent structures, in that structure detection events were most likely to occur just upwind of the vegetation rows. In simulations with large row spacing, these structures also penetrated deeper into the canopy when compared to the equivalent homogeneous canopy.

Identification of SDHI target-site mutations in the SDHB, SDHC, and SDHD subunits of the grape powdery mildew pathogen Erysiphe necator

Succinate dehydrogenase inhibitors (SDHIs) are fungicides used in control of numerous fungal plant pathogens, including of Erysiphe necator, the causal agent of grapevine powdery mildew (GPM). Here, the sdhb, sdhc, and sdhd genes of E. necator were screened for mutations that may associate with SDHI resistance. GPM samples were collected from 2017 to 2020 from the U.S. states of California, Oregon, Washington and Michigan, and the Canadian province of British Columbia. Forty-five polymorphisms were identified in the three sdh genes, 17 of which caused missense mutations. Of these, the SDHC-p.I244V substitution was shown in this study to reduce sensitivity of E. necator to boscalid and fluopyram, whereas the SDHC-p.G25R substitution did not affect SDHI sensitivity. Of the other 15 missense mutations, the SDHC-p.H242R substitution was shown in previous studies to reduce sensitivity of E. necator towards boscalid, whereas the equivalents of the SDHB-p.H242L, SDHC-p.A83V, and SDHD-p.I71F substitutions were shown to reduce sensitivity to SDHIs in other fungi. Generally, only a single amino acid substitution was present in the SDHB, SDHC, or SDHD subunit of E. necator isolates but missense mutations putatively associated with SDHI resistance were widely distributed in the sampled areas and increased in frequency over time. Finally, isolates that had decreased sensitivity to boscalid or fluopyram were identified but with no or only the SDHC-p.G25R amino acid substitution present in SDHB, SDHC, and SDHD subunits. This suggests that target-site mutations is likely not the only mechanism conferring resistance to SDHIs in E. necator.

A new wake model for isolated trees that combines theoretical and empirical features is developed for neutral atmospheric stability and implemented in the building-resolving Quick Environmental Simulation wind model (QES-Winds). The performance of this new model is evaluated in two ways. First, it is compared with published wind-tunnel data. The new model’s velocity profiles have relative errors of less than 15% for all cases at downwind distances larger than two element heights. Further evaluation is carried out using mean wind data from a suite of ten low-cost weather stations distributed throughout the University of Utah campus during a 19-day period. The new isolated-tree model yields good agreement with the observed wind direction and wind speed with root-mean-square-errors less than 1 m s−1 but with a small negative wind speed fractional bias (in and around isolated trees). In addition, comparisons among simulations without vegetation, with QES’s standard canopy vegetation model, and the new isolated-tree model demonstrate that the impact of trees and tree wakes on the flow field is highly dependent on the proximity to buildings and building wakes in a complex urban environment.

Grapevine powdery mildew (GPM), caused by the fungus Erysiphe necator, is a constant threat to worldwide production of grapes, requiring repeated use of fungicides for management. The frequent fungicide applications have resulted in resistance to commonly used quinone outside inhibitor (QoIs) fungicides and the resistance is associated with single nucleotide polymorphisms (SNPs) in the mitochondrial cytochrome b gene (cytb). In this study, we attempted to detect the most common SNP causing a glycine to alanine substitution at amino acid position 143 (i.e., G143A) in the cytb protein, to track this resistance using allele-specific TaqMan probe- and digital droplet PCR-based assays. Specificity and sensitivity of these assays showed that these two assays could discriminate SNPs and were effective on mixed samples. These diagnostic assays were implemented to survey E. necator samples collected from leaf and air samples from California and Oregon grape growing regions. Sequencing of PCR amplicons and phenotyping of isolates also revealed that these assays accurately detected each allele (100% agreement) and there was an absolute agreement between the presence/absence of the G143A mutation and resistance to QoIs in the E. necator sampled. These results indicate that the developed diagnostic tools will help growers make informed decisions on fungicide selections and applications, which in turn, will facilitate GPM disease management and improve grape production systems.

QES-Winds is a fast-response wind modeling platform for simulating high-resolution mean wind fields for optimization and prediction. The code uses a variational analysis technique to solve the Poisson equation for Lagrange multipliers to obtain a mean wind field and GPU parallelization to accelerate the numerical solution of the Poisson equation. QES-Winds benefits from CUDA dynamic parallelism (launching the kernel from the GPU) to speed up calculations by a factor of 128 compared to the serial solver for a domain with 145 million cells. The dynamic parallelism enables QES-Winds to calculate mean velocity fields for domains with sizes of 10 km2 and horizontal resolutions of 1-3 m in under 1 min. As a result, QES-Winds is a numerical code suitable for computing high-resolution wind fields on large domains in real time, which can be used to model a wide range of real-world problems including wildfires and urban air quality.

In 2019, a national survey of 252 members of the USA grape industry from 20 USA states assessed knowledge perception of fungicide resistance management, application of that knowledge to vineyard practices, and knowledge acquisition sources. Overall, respondents demonstrated clear understanding of resistance management practices. The specific distribution of responses was influenced by the respondent’s job role, duration of industry experience, and their farming operation size. Nationally, respondents were moderately familiar with the acronym FRAC (Fungicide Resistance Action Committee), with nearly 75% indicating they could identify the FRAC code of a fungicide. They felt moderately competent they could design a fungicide program that adhered to resistance management principles. Respondents identified fungicide resistance as a serious problem nationally, and as a moderate problem in their own vineyards. They ranked practices that include rotating fungicides of different FRAC codes, avoiding multiple sequential applications of the same trade name or FRAC code, tank mixing with different FRAC codes, using multisite products in a spray program, routine sprayer maintenance and calibration, and good canopy management as very to extremely important in managing fungicide resistance; whereas practices such as rotating between trade names and tank mixing different trade names ranked slightly important. Respondents identified university-based Extension programs as the primary information resource for fungicide efficacy and fungicide stewardship (resistance management). In order to maximize potential impact, these results suggest that future educational efforts should be aimed at improving practices for fungicide resistance stewardship and should align with the knowledge base and demographic factors of the target audience particularly their job role, experience and size of operation.

Powdery mildews are notorious fungal plant pathogens but only limited information exists on their genomes. Here we present the mitochondrial genome of the grape powdery mildew fungus Erysiphe necator and a high-quality mitochondrial gene annotation generated through cloning and Sanger sequencing of full-length cDNA clones. The E. necator mitochondrial genome consists of a circular DNA sequence of 188,577 bp that harbors a core set of 14 protein-coding genes that are typically present in fungal mitochondrial genomes, along with genes encoding the small and large ribosomal subunits, a ribosomal protein S3, and 25 mitochondrial-encoded transfer RNAs (mt-tRNAs). Interestingly, it also exhibits a distinct gene organization with atypical bicistronic-like expression of the nad4L/nad5 and atp6/nad3 gene pairs, and contains a large number of 70 introns, making it one of the richest in introns mitochondrial genomes among fungi. Sixty-four intronic ORFs were also found, most of which encoded homing endonucleases of the LAGLIDADG or GIY-YIG families. Further comparative analysis of five E. necator isolates revealed 203 polymorphic sites, but only five were located within exons of the core mitochondrial genes. These results provide insights into the organization of mitochondrial genomes of powdery mildews and represent valuable resources for population genetic and evolutionary studies.

Citation: Zaccaron, A., and Stergiopoulos, I. 2021. Characterization of the mitochondrial genomes of three powdery mildew pathogens reveals remarkable variation in size and nucleotide composition. Microbial Genomics. 7:000720.